How to Get 100 New Enrollments Right Now, Part 2

Couple days ago we discussed how to get 100 new campers right now. It was a widely-read post prompting several emails from camp directors asking for any other ideas I could share about signing up lots of kids for camp at once. I sure do: Take out a booth at your local Farmer’s Market…It’s better than a Camp Fair and you’ll have the chance to meet tons of kids and families who are prime prospects for your camp. 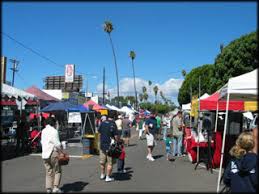