Showing posts from January, 2013
Show all

How to Market to Kids and Parents at the Same Time

- January 29, 2013
Looking for a marketing idea that simultaneously reaches parents and kids alike? Attach a coupon to a candy bar and give it to either one.
Post a Comment
Read more

How to Let People BUY What You're Selling, Rather than SELLING it to Them

- January 28, 2013
You know that old saying, "People like to be sold"? I think it's a load of crap. I don't think people like being sold one bit. But people do like to buy things -- it makes them feel good. Keep this in mind the next time you talk to a parent. Nobody likes a hard sell, especially your summer camp prospects. But if you can help people feel like they reached their own buying decisions, you'll get a whole bunch of happy campers. So now you have a new marketing challenge. Your goal is to help people "BUY" what you're selling, rather than SELL them on it. When someone decides to sign their kids up for camp instead of feeling like they've been forced into it a sale, the whole experience will be more enjoyable for them. The parent will be more accepting of your prices, and the kid will have more fun at camp. How do you let someone buy your camp experience instead of selling it to them? You need to make the entire situation all about THEM. As
Post a Comment
Read more

What to do When Your Early Bird Discount Isn't Enough 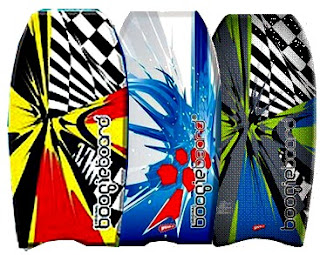 This is the time of year you need money. For many camps, January's the slowest month. So how do you get people to sign up for camp right now, in the dead of winter, when they probably aren't even THINKING about summer not to mention everyone's credit cards are maxed out since the holidays just ended. Well, if you do things the way most other camps do, you probably have an Early Bird discount going. But sometimes even THAT'S not enough to get parents to part with their hard-earned money. Many people would rather sign up for camp several months later, even if it means paying full price, just so they can hang onto their money as long as possible. So the question becomes, what do you do when your Early Bird discount isn't enough? The answer is to: 1) Offer parents something of extra value (in addition to your discounted early rate) that doesn't cost you much money, but appears to the parent to have a high-perceived value; and 2) Add a sense of urgency to y
Post a Comment
Read more

- January 18, 2013
The CampCoupons.com website will be mentioned in a prominent Los Angeles area magazine soon for parents who want to save money on summer camp. This is your chance to get free advertising right now. Fill out and submit this form and we will try to get your camp's coupon listed on the site for free before the magazine article comes out. Free coupon advertising offer is first-come, first-served so send in your info/ fill out the form today.
2 comments
Read more
More posts
Welcome to Camp Marketing News.com with Eric Naftulin. Get all the free camp marketing tips, ideas, and strategies you need with new blog posts added every week. Learn how to market your summer camp better and get more campers in 2022!
Follow @CampMktgNews