Exhibiting at L.A. Camp Fair 2018 Could be Great Way to Fill Your Camp With Kids!

Years and years ago (we're talking 2005) I organized Camp Fairs for the American Camp Association. Then, not only did I stop promoting them for a period of time, I stopped attending them altogether. My feeling was the internet made Camp Fairs irrelevant. Boy was I wrong. Here's the backstory. 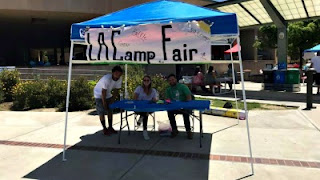 Last year I decided to put on my own camp fair (without ACA) in Calabasas. I called it the L.A. Calabasas Camp Fair. I wanted to see what, if anything, I was missing by not going to Camp Fairs. Aside from the uneasiness I always feel knowing my competitors went to Camp Fairs when I didn't, I wanted to know if Camp Fairs still worked as a summer camp marketing tool.

Things went pretty well last year for the first time out. Over 400 families and 51 camps attended the Calabasas event. Needless to say, I am once again a staunch supporter Camp Fairs for marketing a camp, namely because it's the best way to find so many potential campers all in one place. 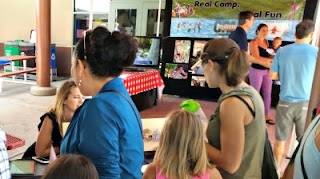 Given the nice turnout of last year's Calabasas Camp Fair, my partner Megan McEvoy and I are expanding the L.A. family of Camp Fairs to three locations 2018 with events at UCLA, in Thousand Oaks (in the Conejo Valley) and Calabasas again.

Each event will be located in highly affluent areas of greater Los Angeles and hotbeds for parents with kids on the lookout for new and exciting program opportunities for their kids each summer.

We are expecting a high turnout of parents, families, and many new camper prospects at all the Camp Fairs, so here's a  brief description of the various areas where they're are being held in case you're interested in attending one or more:

On March 11 we're having a Camp Fair at the Sunset Canyon Recreation Center on the campus of UCLA (I'm a USC fan but couldn't pass up this amazing location!). UCLA is located in the highly desirable area of West Los Angeles consisting of high-end cities and communities such as Westwood, Beverly Hills, Brentwood, Bel Air, Beverly Glen, Beverlywood, Pacific Palisades, Miracle-Mile, Pico-Robertson, Century City, Cheviot Hills, Holmby Hills, Hollywood, West Hollywood, and the Fairfax and Melrose Districts of L.A., among others.


The City of Thousand Oaks is located in the Conejo Valley encompassing northwestern Los Angeles County and southeastern Ventura County. This area is loaded with prospective campers and families living not just in Thousand Oaks but the surrounding communities of Westlake Village, Oak Park, Agoura Hills, Camarillo, Simi Valley, Moorpark, and Newbury Park, too. The Conejo Valley Camp Fair will take place at the Lakeside Pavillion inside Conejo Creek North Park 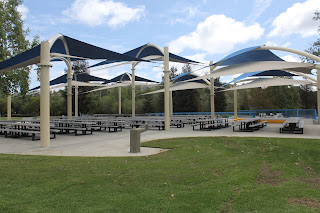 
You may know Calabasas from the Kardashian Family who put it on the map. Located in the western San Fernando Valley and Santa Monica Mountains directly adjacent to the upscale communities of Woodland Hills, West Hills, Hidden Hills, Agoura Hills, and Malibu while also being surrounded by well-to-do areas of Thousand Oaks, Oak Park, Tarzana, Encino, Northridge, Porter Ranch, Studio City, Burbank, Universal City, Sherman Oaks and others, Calabasas is perhaps the most affluent city in the entire San Fernando Valley. Last year over 400 kids and families attended our Calabasas Camp Fair with just as many, if not more, expected for the April 22 event.

[The AC Stelle Calabasas Camp Fair will take place at the outdoor lunch area and grass field plus the adjoining Multi-Purpose Room as show on the videos below.]


If you're considering attending a Camp Fair or two (or three!) as part of your 2018 summer camp marketing plan, I hope you'll consider the 2018 L.A. Camp Fairs.

We only opened registration for these events a week or two ago and spaces are going fast. We have camps resident camps from New Hampshire attending the Camp Fairs to acting programs in LA. to overnight debate camps in Northern California and every kind of program in between.

We are offering an Early Bird discount for signing up for the Camp Fairs before December 15, plus multi-fair attendance discounts too. Here's the registration form in case you're interested. Hope to see you there!

Don't Make the Same Marketing Mistake I Did, Otherwise You Could Lose Some Very Hot Prospects!

Welcome to CampMarketingNews.com with Eric Naftulin. Get all the free camp marketing tips, ideas, and strategies you need with new blog posts added every week. Learn how to market your summer camp better and get more campers in 2022! Follow @CampMktgNews

In-person Camp Fairs are Back!

Become a vendor. Reach affluent campers in the L.A. market.

Exhibit your camp at the Thursday, March 10 Virtual Camp Fair